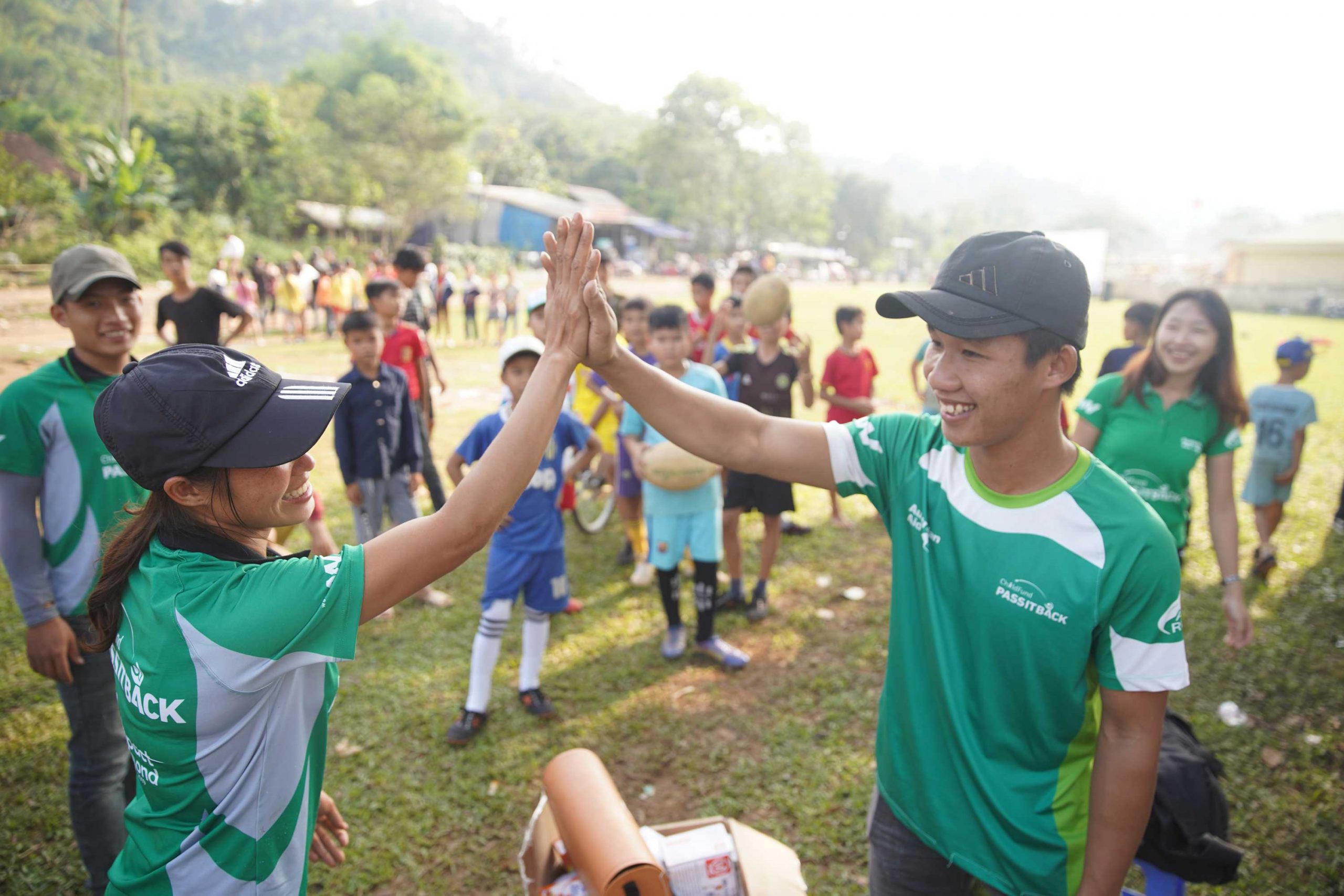 Asia-Pacific is home to more than 4.5 billion people. Around half are female. Despite global initiatives and government policies to promote gender equality, girls and women in the region still face significant challenges:

Using sport as a platform to equip girls and young women with important leadership and life skills, as well as by engaging boys and men in learning, Pass It Back, an integrated rugby and life skills program, actively challenges gender stereotypes that prevent communities from reaching their full potential.

We Create an Environment that Encourages Participation

Pass It Back is committed to at least 50% female participation at all levels, and fosters an environment where both male and female participants have access to learning opportunities.

To date, 55% of players are girls and 64% of coaches are women – becoming leaders and role models, and inspiring young people in their communities.

Tu, a male coach from Vietnam, also shared his thoughts: “Women and girls in Vietnam sometimes have few opportunities to play sport, but through Pass It Back, both girls and boys can play rugby and learn life skills about gender equality and treating others without gender discrimination. I really appreciate this.”

We Promote Female Leaders through Sport

Huyen is a coach group leader, who is responsible for managing other coaches in her community. Huyen says: “Before joining the project, I was just a farmer who stayed at home to take care of children and do my family duties. I would never have had such opportunities if I hadn’t participated.”

Across Pass It Back, 17 out of 26 coach group leaders are female. Young women are given opportunities, supported and encouraged to develop and practice their leadership skills and to take leadership roles in their communities: organising competitions, leading teams to international tournaments, taking the role of trainers or assistant trainers during coach training and participating in international youth workshops.

“Before joining Pass It Back I thought women could only stay home taking care of household chores, but the program made me change and helped me realise I can also be a leader, just like men,” says Cuong, a female coach from Vietnam, who is now managing other coaches in her commune.

Understanding Gender is one module of the Pass It Back curriculum. Learning provides young people with the knowledge, skills and attitudes to challenge negative gender roles and expectations in a respectful way. Gender equality is also a feature of the program’s other learning areas: Planning for the Future, Being Healthy, and Feeling Safe.

“Before I learned more about gender, men told me that women couldn’t do anything, that they couldn’t be a leader, that they can only be a mother and take care of the children and do the chores at home, and I believed them. This discouraged me from studying hard because I thought that even if I worked hard, I couldn’t get a job anyway and would just end up taking care of my children as people said.

“However, now I’ve learnt that these beliefs are social expectations and I don’t have to follow them,” says Larmoua, a female coach from Laos.

Khuyen, a male coach from Vietnam, adds: “I now believe there is no limit to what men and women can and can not do and that they deserve equal opportunities to do whatever they want.” 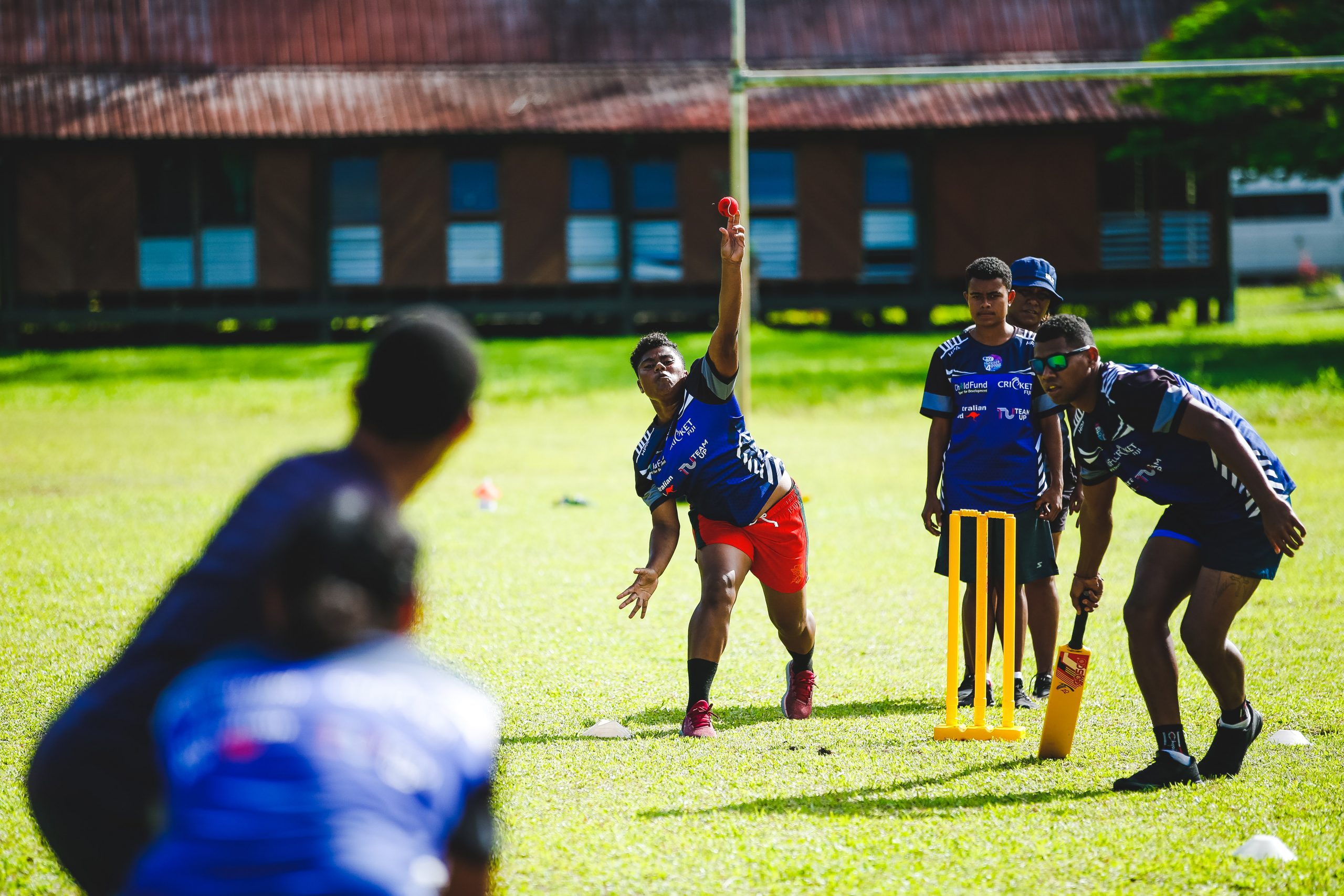 Although 2021 was yet another tough year for a lot of sport communities across the globe, it has also been a year when we witnessed ordinary women and men doing extraordinary things, facing the challenges of the pandemic head on so that sport can continue to have a positive impact on the lives of children […] 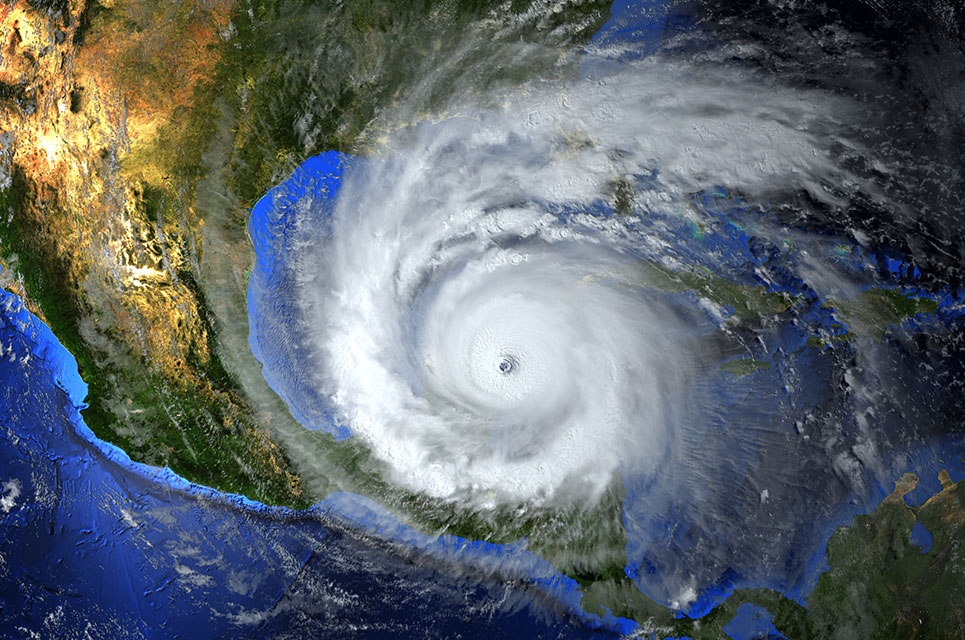 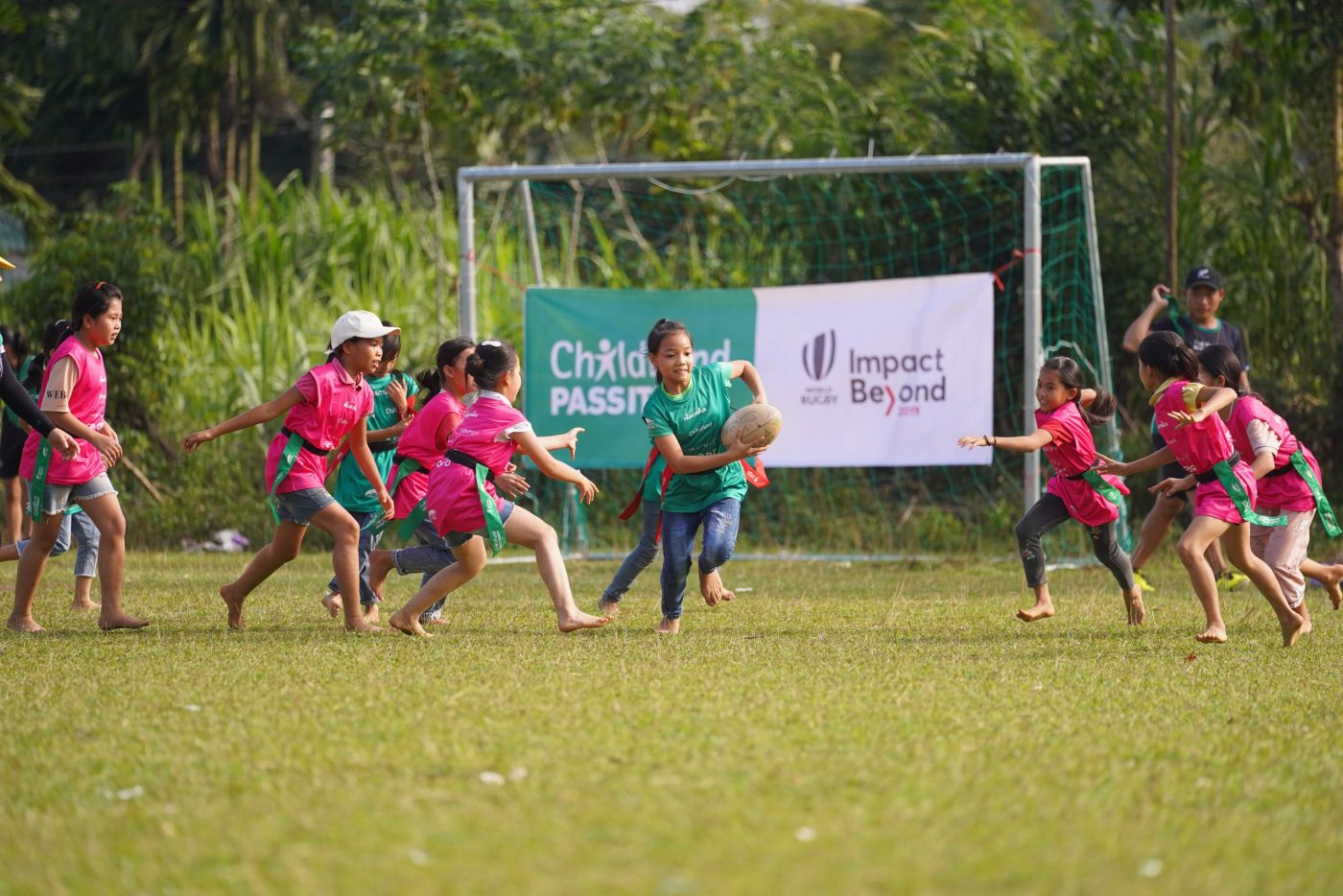 Reconnect is a COVID-19 early recovery rugby and life skills curriculum developed by ChildFund, delivered by our rugby partners.  In February 2021, a Reconnect Impact Report was released to evaluate the impact of activities. This will support our learning, as more and more countries move back to modified face-to-face activities in 2021-2022.  In this article, […] 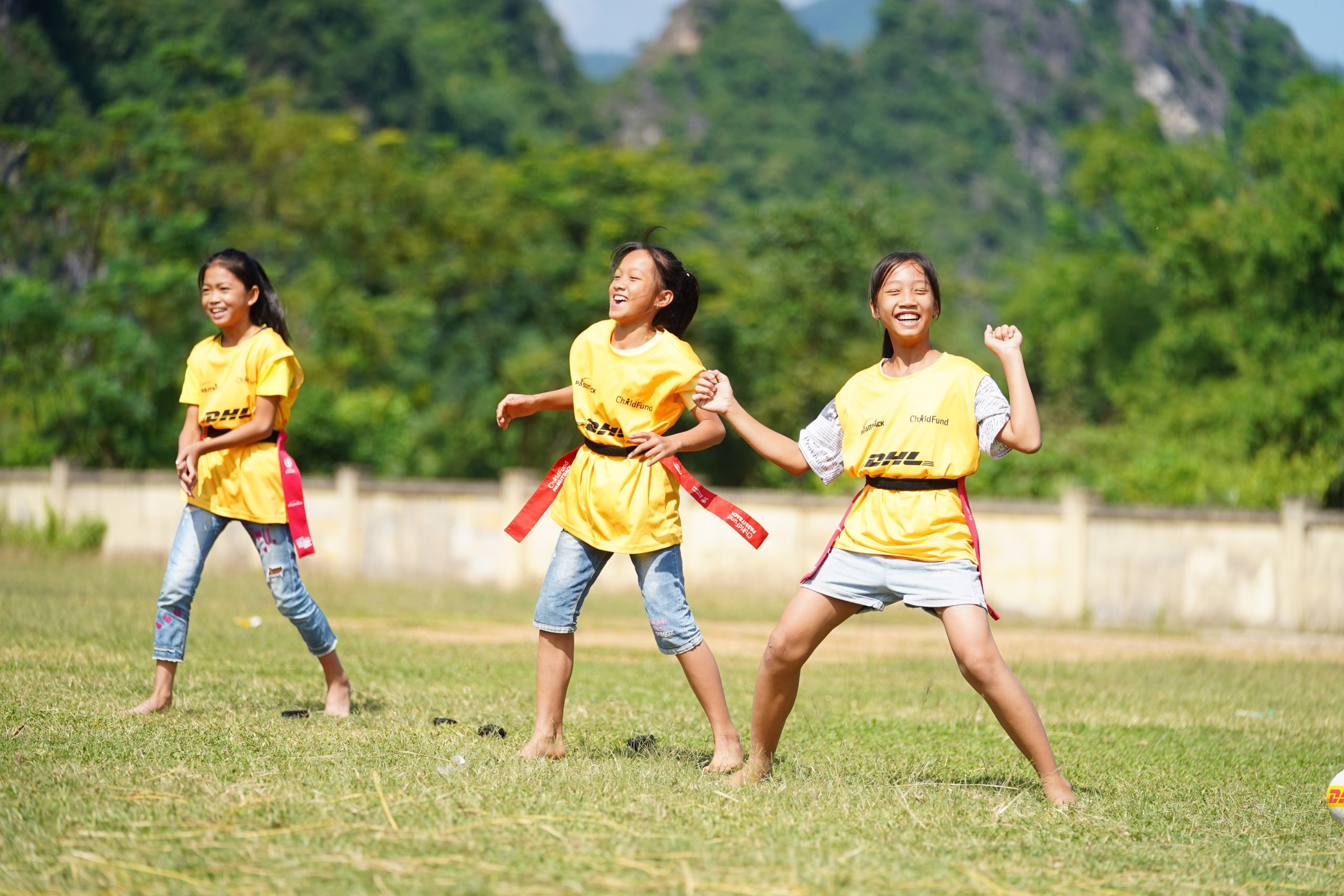 What is Reconnect? The COVID-19 pandemic has created unprecedented disruption to the world and heavily impacted the lives of many people worldwide. Children and young people have been particularly impacted and are facing a number of challenges: feeling isolated, losing access to their peer support networks, holding concerns about their own and their family’s health […] 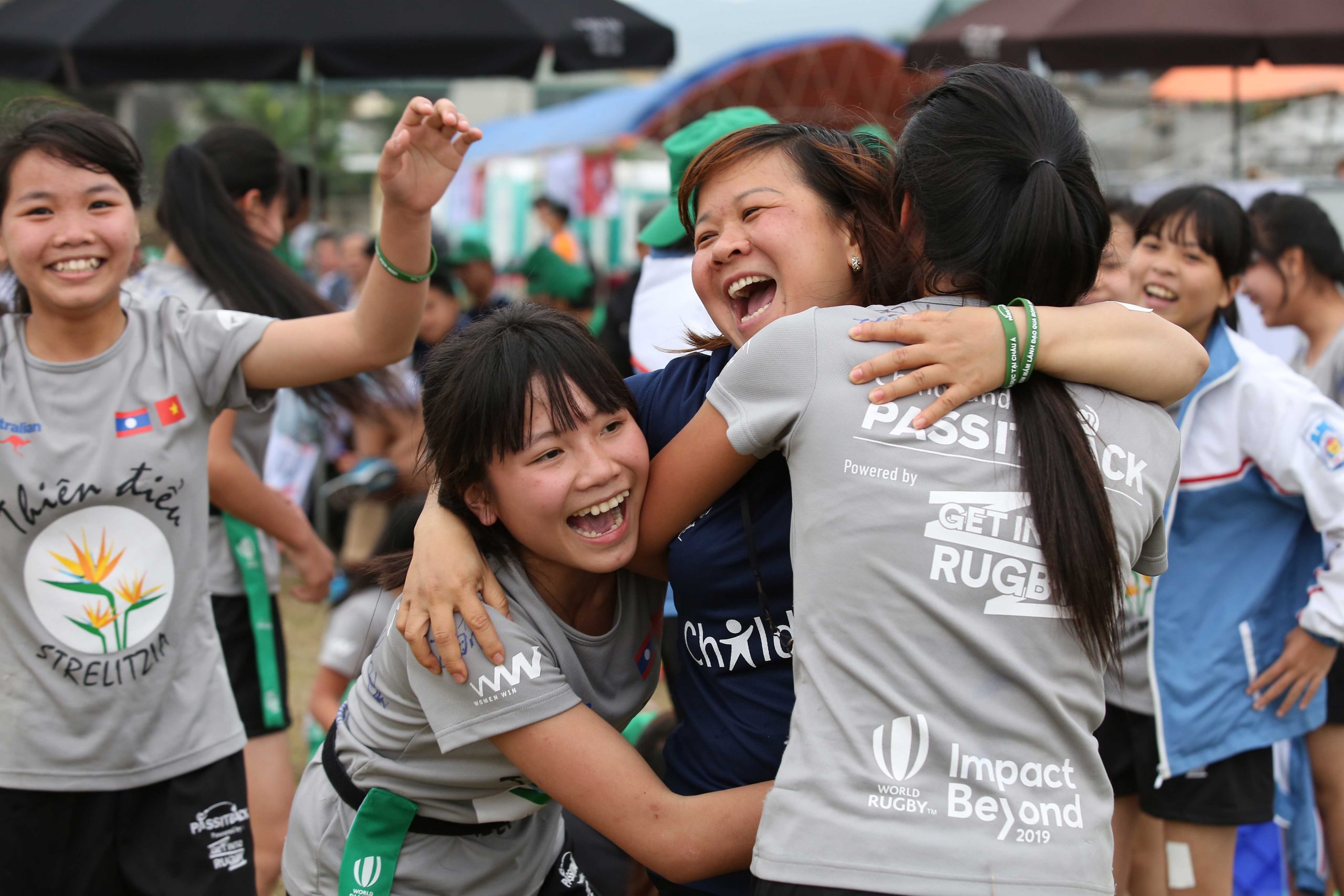 Organised sport provides children and young people with many opportunities, but it also comes with risks, both physical and emotional. At ChildFund Sport for Development, we work hard to make sure those risks are identified, assessed, minimised and properly managed. “Our work uses the International Safeguards for Children in Sport as our reference to ensure a safe […]